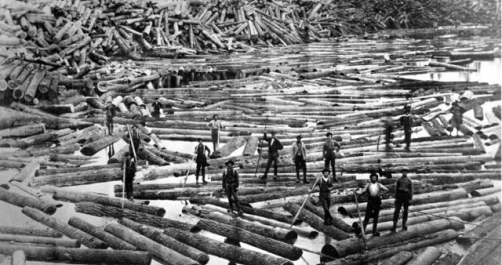 It's now early February in Montana, and up here near the 49th parallel this is about as cold and snowy a place as you'll find anywhere.  We had a deceptively mild fall, with 60 degree temps on Thanksgiving day of all things!  But, winter hit us with force shortly after that.  I moved our horses and mules from late fall pasture in the mountains to winter pasture right before Christmas, and that was an adventure.  Heavy laden trucks with large horse trailers, icy roads, and deep snow make for seriously white knuckle driving!  In the end we had to get it done, and the weather never got any better.  A week later we had more snow and the bottom fell out of temps, getting us to 35 below on New Year's eve.  It just hasn't gotten a lot better since then and  just yesterday we got another foot of snow and more below zero temps.

When temps start dropping below -20, nothing works right; equipment won't start, rivers ice up, furnaces inevitably flake out, and horses hide in whatever cover they can find

As I was contemplating another cold weekend, I recieved an email from one of our summer guests from a couple of years ago, John Vollertson, who had just written an article he'd been researching for a while.  John is a local writer and historian, and accompanied us on a summer pack trip into the North Fork of the Sun River near our summer camp at Gates Park.  He was doing some research for a book on 19th century railroad tie cutters.  The tie cutters were some real tough guys who would spend the winters in the mountains cutting down trees, hewing flat sides on them, and cutting them to length for the railroads that were being built across the West.  John's research was into the men and methods of cutting and transporting these railroad ties from the headwaters of nearby rivers and getting them to railroads.

It just so happens that the core area these tie cutters (or tie hackers) logged was the upper North Fork of the Sun River, and their main headquarters winter camp was just a couple of miles from us on Headquarters Creek.  They'd start cutting trees in December and work through the bitter cold winters, often in snow depths up to 6 feet.  Then in the spring, they'd fload these raw railroad ties (hundreds of thousands of them) down the rivers during high water to strategic locations on the plains, often a 100 miles away or more, where the ties were pulled out of the rivers for use by the railroads.   Wagons carried provisions and equipment to the tie camps in summer and fall, and then packstrings of mules would supply them in the winter.  All equipment was moved by oxen (wagons) or mules (packs) in often brutal weather conditions.  These guys were tough!

John had his article on these rare men published in the (appropriately) winter edition of Montana Magazine of Western History.  He's generously permitted me to repost it here, and I encourage you to read it.  It's a fascinating view of a settlement of the West, and with great insight into the early exploration and resource harvest of the Bob Marshall Wilderness.