The Bob Marshall - After Dark

A horse packing trip with A Lazy H will keep you pretty busy during the day, and ready for a good night’s sleep after the evening campfire.  However, for those that can stay up little later you will not be disappointed in the stellar viewing of celestial bodies in our northern latitude skies.  Stargazing is for everybody. It’s for people who like seeing themselves as part of a bigger picture … people with a sense of wonder … people who just like being outside at night. Maybe that’s you?

The sky is enormous out here and filled with mysterious and interesting things.  Our nights are so utterly dark, and the air so clear, that you can observe the various wonders of the evening sky with the unaided eye, or if you like, a decent pair of binoculars.

It’s special out this way, and our stargazing is no exception.  The first thing you’ll notice at night is that there is no, meaning exactly zero, light pollution.  If you walk away from the campfire a little ways on a moonless night, you will find yourself in near total black of the surrounding forest, bathed only in the tiniest of starlight filtering through the trees.  This sets the backdrop for some amazing evening star viewing.

The next thing you’ll notice is our summer evenings are very clear.  On cloudless nights there is no haziness induced by moisture in the air.  This is due to our generally dry climate (we have very low humidity) and the extremely clean air in this part of Montana.

Finally, we are at 47degrees north latitude – almost as far north as you can get in the continental US.  In the summer this provides improved vantages into the summer evening skies.  It’s great if you bring a start chart to help with the constellations and planets visible at different times of the summer.

Stargazing allows us to become well acquainted with the positions and sights of the night sky. We view the sky from the Earth, a moving platform that is always changing our specific view. The motion of the Earth around the Sun brings a changing night sky with the passing of the seasons. There are always many interesting features one can observe with the unaided eye.

Learning the constellations is a great way to pass a clear evening. Starting with the brightest stars and the clearest formations, we can learn to spot constellations such as the Big Dipper (Ursa Major), or Orion the Hunter, constellations that have been familiar to humanity throughout its history. The sky has been mapped, and if you learn the patterns of the stars, you will never feel lost when staring into the vastness of the night sky.

The planets, the "wanderers" of the sky, move around the sky in front of that background of stars. They can be tracked with current maps available online or in popular astronomy magazines. Some planets move faster than others, but all move through the same constellations (more or less) as the Sun. This path across the sky is called the ecliptic, and all of the constellations of the Zodiac are in this path.

It's an ancient excercise to envision the mythological images in the sky, and it's great fun to see and to show others these maps in the sky. 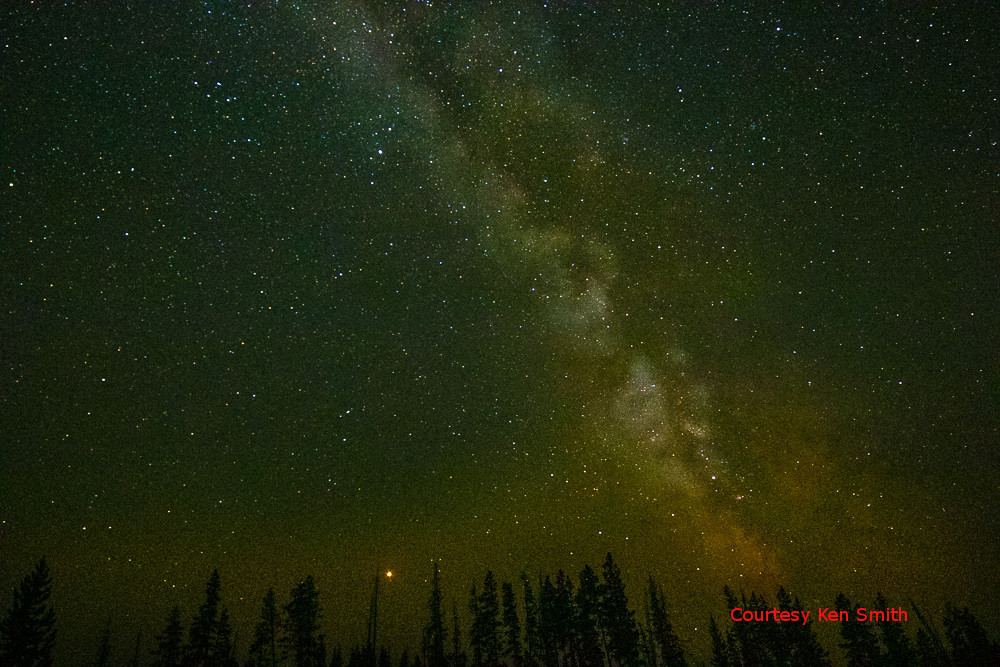 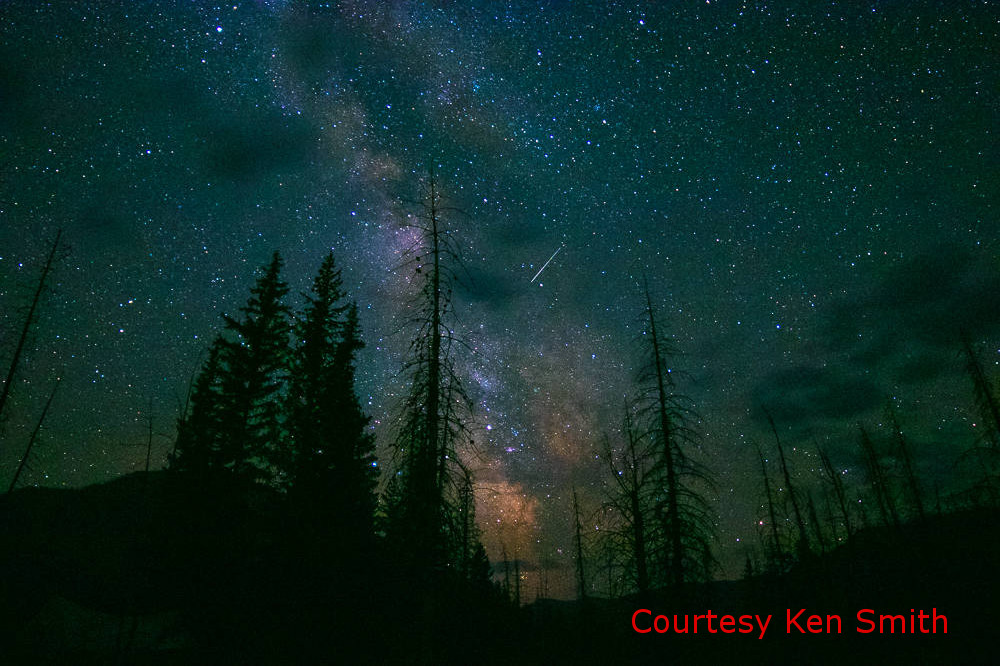 Meteor showers are a special treat for any stargazer. The Leonids in November 2001 showed us a display of fiery streaks across the sky for hours in the early morning. There are several annual meteor showers caused by Earth moving through the orbit of a comet that has left much debris in its wake, though nearly every clear night, with enough patience, one can see a handful of meteors streaking through the blackness.  This is particularly true in mid-August when the earth passes through a comet belt and we observe fantastic meteor showers during this time.

Comets, the "dirty snowballs" that orbit around the Sun and sometimes are deflected in their orbit to pass close enough to the Earth to be seen, are another rare sight we can enjoy without telescopes.

Satellites are very common in the summer evening skies.  From time to time we can catch the space station as it races across the sky.

Deep space objects, outside of our own galaxy, are nearly impossible to see without a telescope. One big exception is M31, the Andromeda galaxy, located in the constellation Andromeda. If you can locate this fuzzy luminous patch in the sky, you are looking at our galactic neighbor. It's the most distant object one can see with the unaided eye.