We hunt both the early and general seasons for rifle. Our early season Montana hunting camps are at Strawberry Creek and Big River Meadows. These camps are in elk and deer District 151 in the Flathead National Forest. Both camps are in the heart of the Bob Marshall Wilderness, which is home to one of Montana’s largest big game herds. Our late season Montana hunting camp is on the South Fork of the Two Medicine River in elk and deer District 415 in the Lewis & Clark National Forest. This area is a narrow strip of country between the Bob Marshall Great Bear Wildernesses and Glacier National Park. All backcountry camps are accessed by horseback and pack mule train. Our camps are clean, efficient, and well equipped to support a true wilderness hunt.

This Montana hunting camp is on another tributary of the Middle Fork of the Flathead River on Gateway Creek. Big River Meadows is an impressive open park nearby. We use this camp as our primary early season guided hunting camp in September and October. It is approximately a 7 1/2-hour ride from the nearest trailhead. Strategically located between bottomland timber and open slopes of the Continental Divide, this camp has quick access to prime elk and mule deer country.

This camp is on another tributary of the Middle Fork of the Flathead River on Gateway Creek. Big River Meadows is an impressive open park nearby. We use this camp as our primary early season guided hunting camp in September and October. It is approximately a 7 1/2-hour ride from the nearest trailhead. Strategically located between bottomland timber and open slopes of the Continental Divide, this camp has quick access to prime elk and mule deer country.

This camp is located on the South Fork of the Two Medicine River. It is approximately a 2-hour ride from the nearest trailhead. It is our general season guided camp.  Our close proximity to Glacier National Park allows us to hunt the residential elk herds as well as some elk migrating out of the park to their wintering grounds. The valley is covered intermittently by open hillsides and dense timber in the bottomland. We use this camp for our late (general) season guided hunts in late October and early November. By November, we can usually count on snow at this camp. 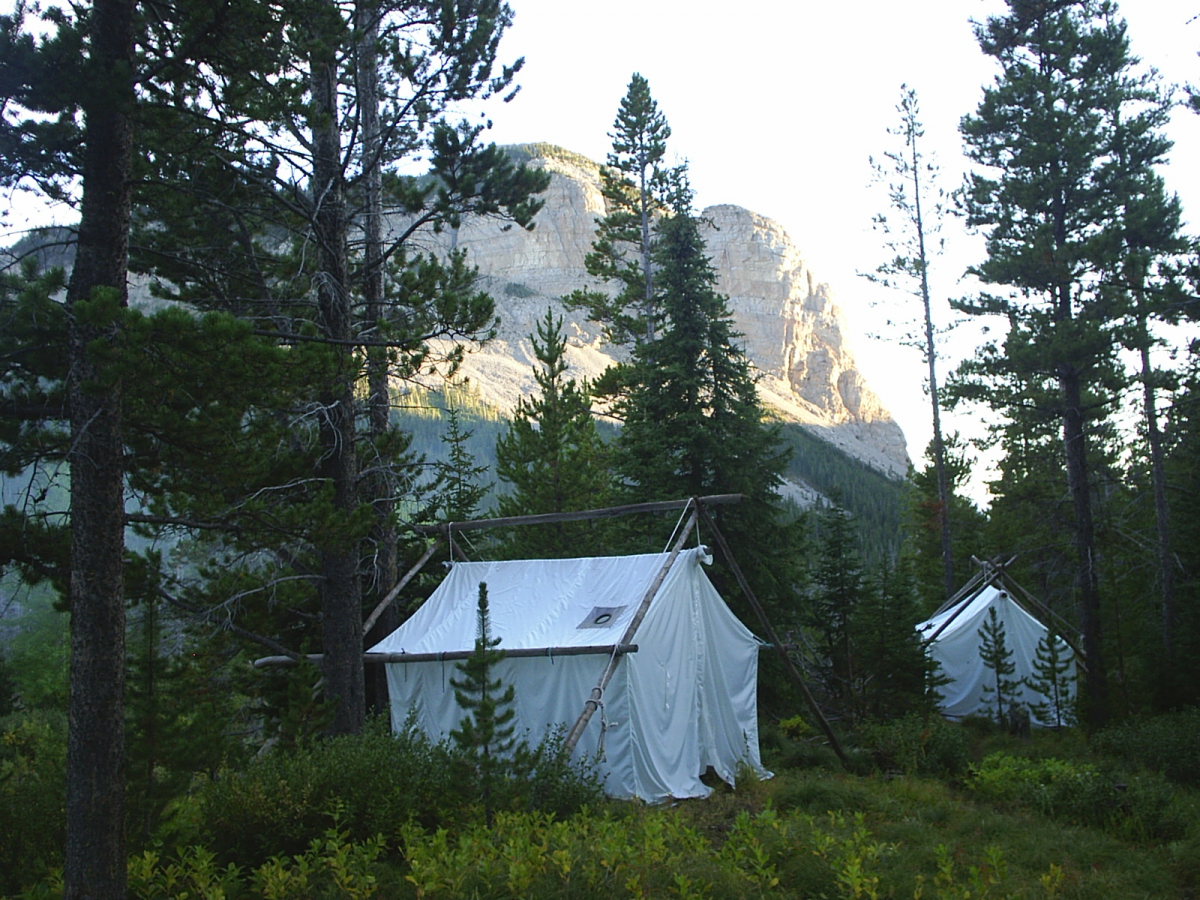 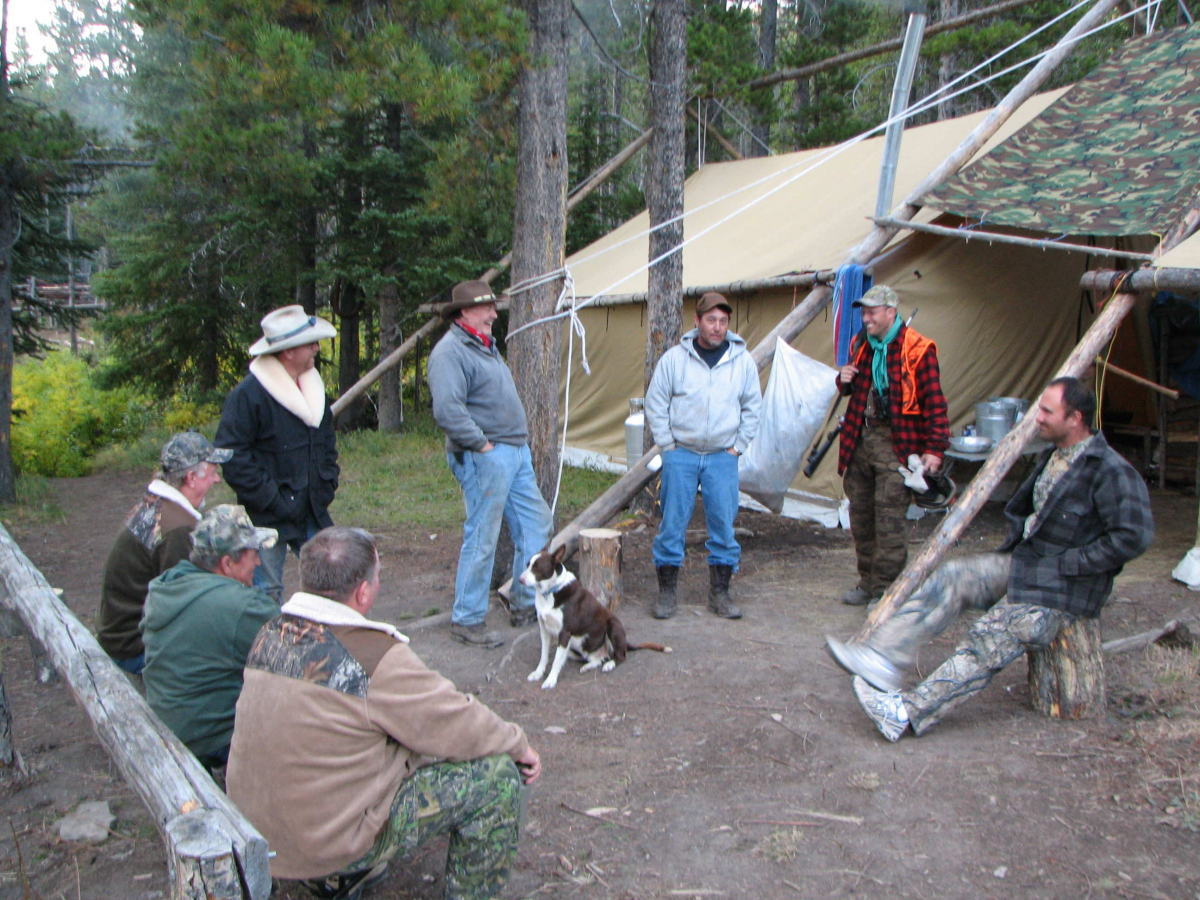 Types of Game in each Area

In our early season camps, the principle game we pursue are elk (wapiti) and mule deer. Black bear are also common in the early camps and we typically have opportunities to harvest black bears on any of the early season hunts stretching into late October.  We encourage all our hunters to have the elk-deer combination licenses. We occasionally see whitetail deer in the lowest valley areas, but it's not frequent enough to actively pursue them there.  Though more elusive, we consistently harvest a wolf or two over the course of the season.  This is usually a wolf traveling alone.

In our general season camp we tend to focus on elk, but the mule deer have become a little more common recently and we do get a good buck from time to time in this camp.  There are some impressively sized black bears in the Two Medicine valley, but we consider this area to be highly opportunistic for black bears.  The primary reasons for this are the abundance of grizzly bears in the area, which tend to limit all by the largest black bears from staying, and the weather.  When temperatures start to consistently drop into the 30's and with accumulation of snow, black bears will den up shortly after that.  They'll hang out as long as they can, but we find that by November they usually are denned up.

The Two Medicine area does have a couple of moose tags, and we do see moose in the valley.  If you draw a moose tag, we have a shot at getting on a moose.

We typically limit the size of the early season Montana hunting camps to six hunters per trip in the early season camp. Camps of this size are consistent with the quality of hunt we provide. We are fortunate that our hunting areas are strategically located such that we can disperse hunters widely into quality areas. We will gladly accommodate hunting parties smaller than six. There is no extra charge for small groups. We will also take single hunters in the guided camps. If multiple, independent groups want the same hunt, we may choose at our discretion to combine them in the same camp. Unguided and guided hunts are not mixed, but we may choose to fill hunts up to a maximum of six hunters in a guided camp and up to four hunters in an unguided camp.

We typically limit the size of the general season elk and mule deer hunting camps to four hunters per trip. Camps of this size are consistent with the quality of hunt we provide and give us a good chance of getting guys on animals. 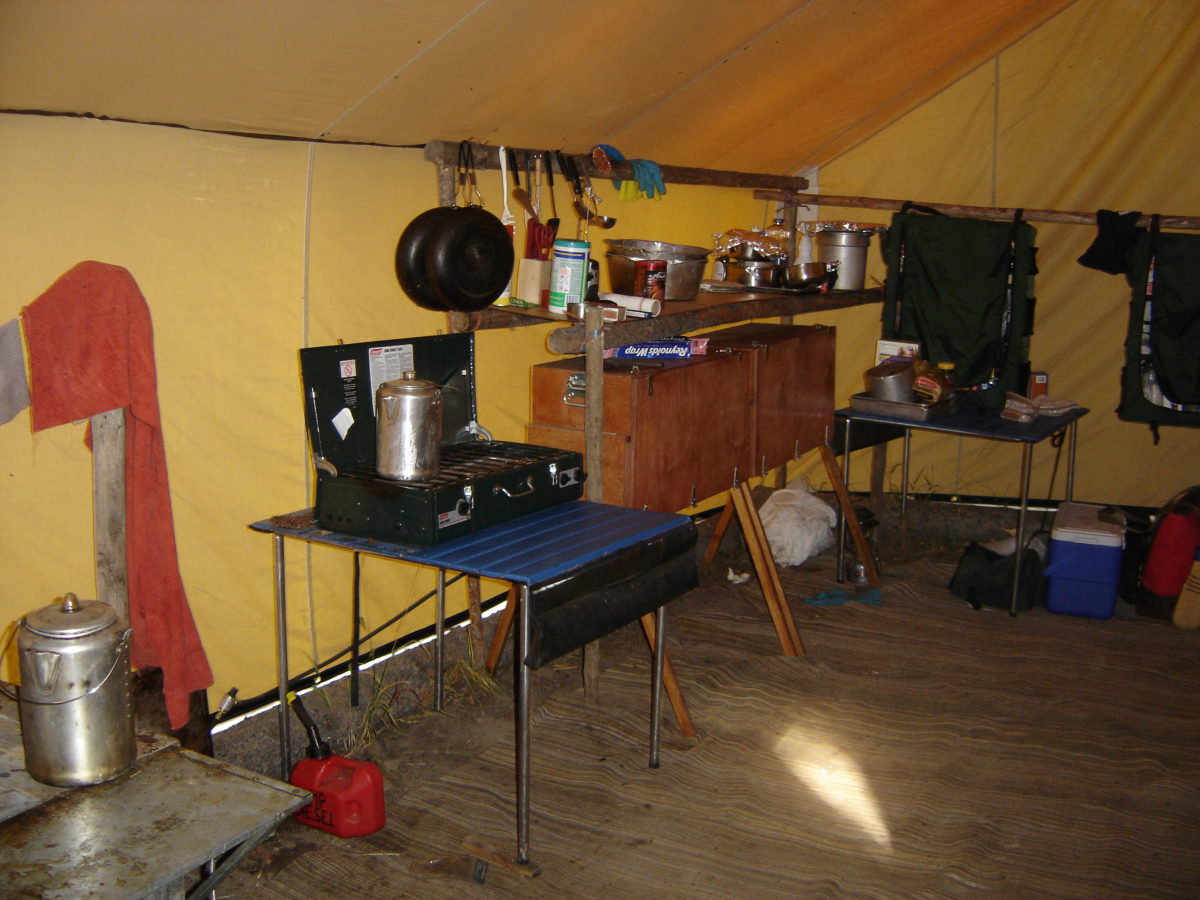 Our commitment to quality and service applies to everything we do. We do not cut corners with equipment, livestock or supplies. We think you would be hard pressed to find a cleaner, more comfortable, more professional camp in the mountains. There is a limit to comfort in the backcountry, but we make every effort to furnish the essentials for a high-quality camp. This includes comfortable cots to keep you off the ground at night, large heated wall tents for sleeping, large tables and benches in a comfortable dining tent, and some of the best food in the mountains. We make it a priority to serve hearty, filling meals. Breakfast and dinner are served in camp. Sack lunches are prepared for the day’s hunt away from our Bob Marshall Wilderness camp. Meals prepared in camp are complete with lots of meat, fresh vegetables, and delightful desserts.