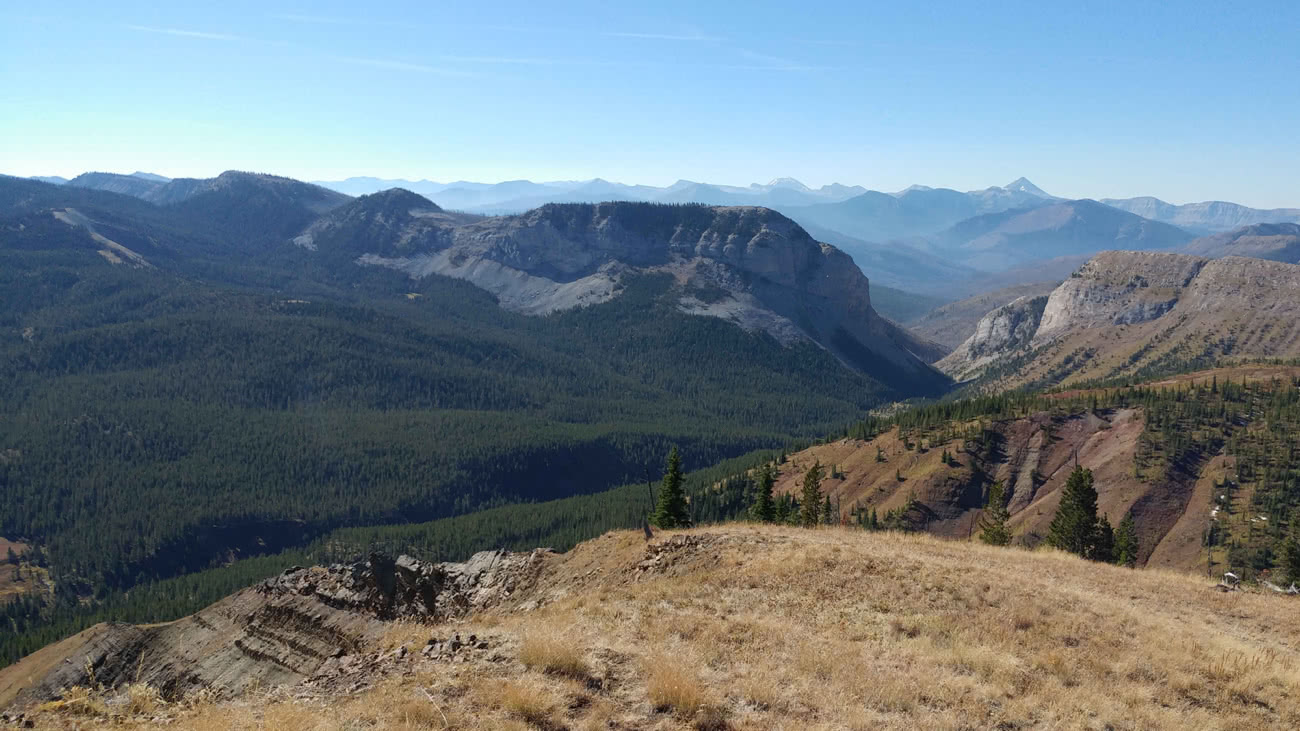 Back country early season hunting in Montana is generally the earliest opening rifle season in the US.  There a couple of districts that open in mid-September, and they are in rugged wilderness areas deep in the mountains.  These areas are reached only by horseback, and we use horses and pack stock extensively to get all of the camp gear and your gear in, as well as harvested game out.  Our early season hunting camps are in one of these hunting districts, 151.  We have two hunting camps in the upper Middle Fork of the Flathead River, designated a national wild and scenic resource.  The lower reaches of the Middle Fork are steep valley walls and heavy timber, but the upper basins where we are located are a nice mix of open meadows and ridges, timbered bottomlands, and various patches of burned timber from decades old fires.  This area is prime big game habitat, with ample overlap of elk, mule deer, black bear, moose, and wolf, among many other larger and small game animals.  We set these camps up in in early September and break them down by the end of October, in order to beat the oncoming snow season.

Both the Strawberry and Big River Meadows camp sit in basins in the west slope of the Continental Divide.  The country west of the divide gets more snow and rain over the course of the year, and this is certainly true for immediate area around our camps.  The early season hunting in Montana in September is as you'd expect anywhere in North America - it's generally mild with late summer temperatures for a while and cool nights.  We will see a constant drop in temps as we move through September and we will start to get fall weather patterns towards the end of September.  It can snow in the mountains out here any month of the year, and certainly in September we can get an early snow with a couple of inches of accumulation around the fall equinox.  However, it rarely stays on the ground until October. In October we typically start to get more frequent light snowstorms, and the temperatures continue to gradually decline.  By the second week of October there is often snow on the ground in many places and the nights have freezing temperatures.  In the unusual heavy snow years we'll have up to 10 inches of snow by the end of October. 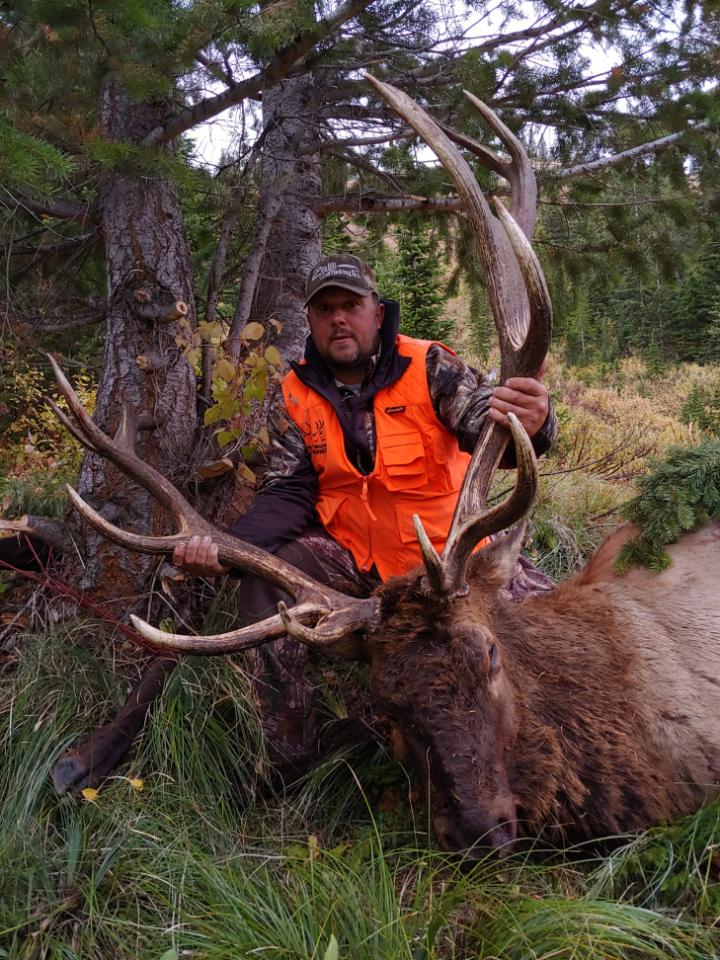 Hunting in the Big River Country

Our early season hunting camps in Montana are about 20 miles from the trail head - this is a long day's horseback ride into camp.  It also filters out all but a few of the hardiest outdoorsmen.  We do see a few other hunters the opening week, but after that we largely have the area to ourselves for the duration of the season. We use horses most every day to get us from camp to the area we want to hunt.  This area is huge by anyone's standard, and it can take 1-2 hours in the dark of early morning to get to a basin or ridge we want to hunt that day.  The ridges are fairly open, so we spend considerable time using field glasses looking at the valley floors and far ridges.  For elk, mule deer, and black bear, this habitat is prime summer grounds and we can at any time find these species most any area we hunt.  We hunt them with different tactics of course. 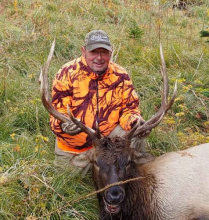 The best hunting trip that I could have imagined.  Your hospitality and accommodations were the best.  I was totally impressed with it all!

In September, the bull elk have assembled their cow elk herds for the rut season (which can vary but usually goes late into September).  They will respond to bugle challenges and cow calls.  There is very little more exhilarating than to call in an aggressive bull elk who is on the fight!  The herd bulls are the toughest to get to, but there are bulls roaming still picking up random cows and the satellite bulls will stay safe distances from the main herds, and they can be a lot of fun to bring in as well.  Towards the end of September the rut tapers off and while the bulls will stay with the cow herds for a couple more weeks, they are less responsive to calls.  Thus, we shift to more classic spot and stalk methods of hunting as we move into October.  The more frequent snow flurries can help with spotting and tracking as well.  The elk will stay in these high mountain basins for as long as they can, with the snow belly deep sometimes.  Then, in a matter of days, they'll move out of the mountains to winter grounds along the Rocky Mountain Front. 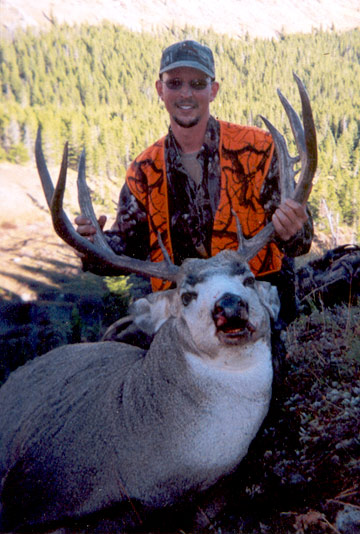 The mule deer love the high ridges in this area and will stay until the snow comes.  The mule deer bucks aggregate into bachelor herds in the summer and pick areas high up in scree slopes and ridgetops to avoid predators and flies, and enjoy the cooler temperatures.  We catch them in many areas, often crossing passes between higher ridges.  The bucks can be impressive, and for those willing to climb a mountain these are well worth the effort.  The mule deer will hang around until the snow gets deep in the highest elevations and they will then begin a gradual migration out of the mountains, pausing in areas for up to a month if the weather moderates. 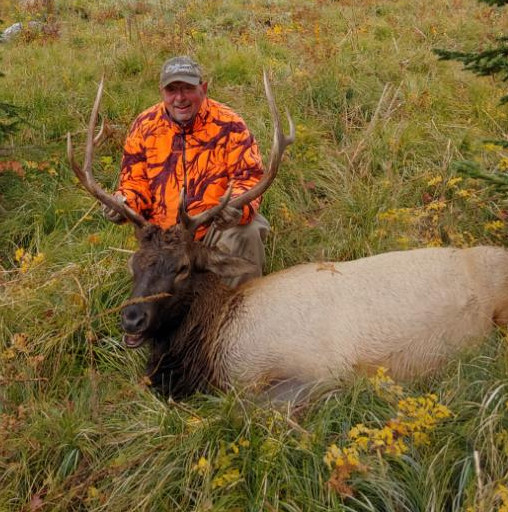 There is a lot of game in this country, but they are on the move and have a lot of cover.  If you are interested in black bear or a wolf, we encourage you to get those permits as well.  We have a healthy black bear population and if you've not gotten one this is a particularly beautiful trophy when made into a bear rug.  The bears are feeding up in September and October for winter hibernation, and are almost obsessed with getting enough to eat this time of year.  They pretty much ignore anything that isn't a direct threat.  They are not predictable in terms of where they will be, but when we find them, we can generally approach and get a shot.  We have seen at time all manner of coloration which makes it a special opportunity.  Additionally, we have had wolves in our area for well over 20 years.  We typically don’t see the big packs, and they are tough to hunt.  However, the lone wolf moving through can be approached and we do get them from time to time.  Both bear and wolf are what we consider opportunistic hunts, meaning if they are there and have a tag we'll go after them.  We do not charge extra for additional for any of these opportunistic species harvested.

We use the Big River Meadows camp as our primary guided hunting camp.  We take up to 6 hunters in this camp, with a full complement of staff (guides, packer, cook) and riding and packing stock.  As with all of our camps, we have private wall tents for our guests (2 per tent) and a main mess tent, or cook tent, for feeding everyone.  We tend to have larger tents to quarter the staff.  The Big River Meadows camp sits at the upper end of Gateway Gorge, on Gateway Creek.  It makes for a stunning location in a side meadow with amazing views of Gateway Gorge and the Continental Divide, as well as horse riding access to the areas we like to hunt. 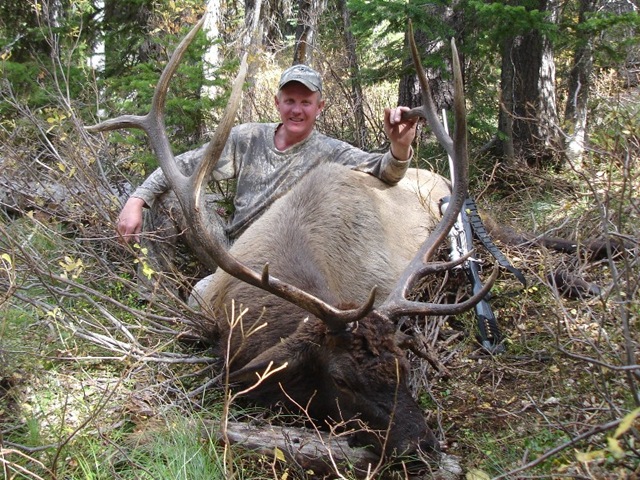 We use the Strawberry camp as an unguided, or drop camp, and occasionally as a smaller guided hunting camp.  We take 2 or 3 hunters in this camp, with limited staff and stock.  We set it up similarly to the Big River Meadows camp but on a slightly smaller scale.  This camp sits at the head end of Strawberry Creek in a small meadow. Early season hunting in Montana in this location is on horseback or foot, depending on the type of hunt you select. 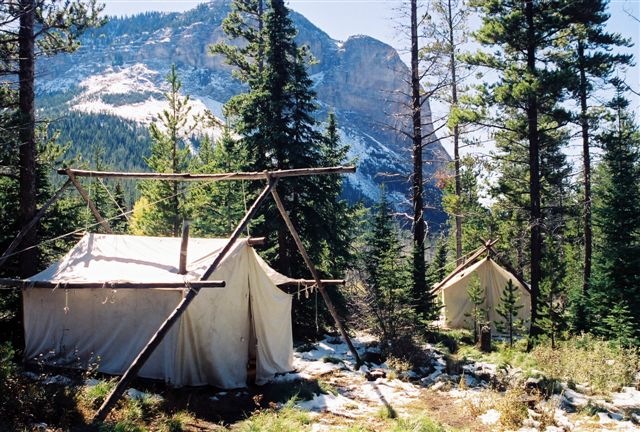 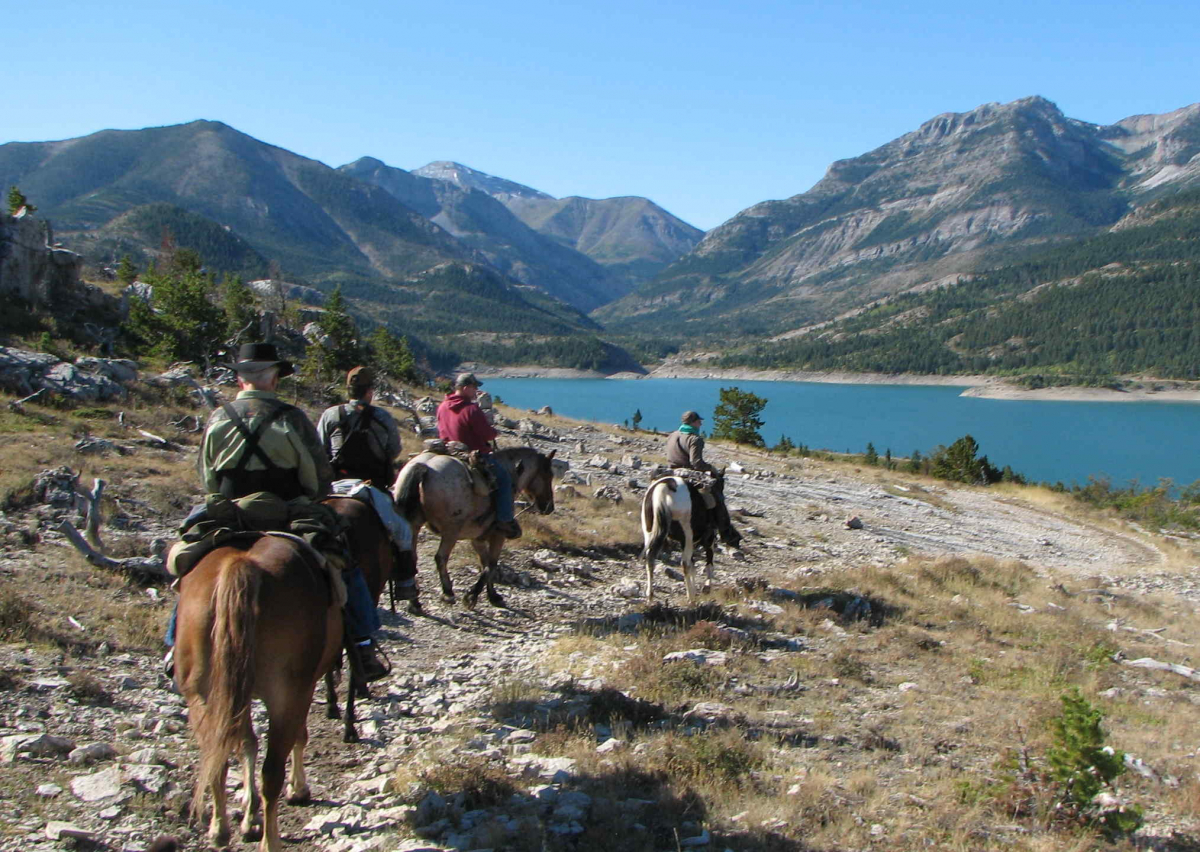