The Bob Marshall Wilderness presents exceptional Montana fly fishing opportunities for fishermen of any skill level. Many of our young guests get their first taste of a life-long passion fly fishing with their fathers on the Sun River.  For accomplished and well-traveled fishermen, these remote mountain streams offer an unparalleled trout fishing experience.  Fly fishing Montana is many angler's dream, and the headwaters of the Bob Marshall readily fulfill that quest.  Rivers are lightly fished and you will not see many, if any, other fishermen on the river.  The scenery is unmatched and unspoiled.  The days are wam and inviting.  If you're looking for that extraordinary fishing experience, you owe it to yourself to give this a try. 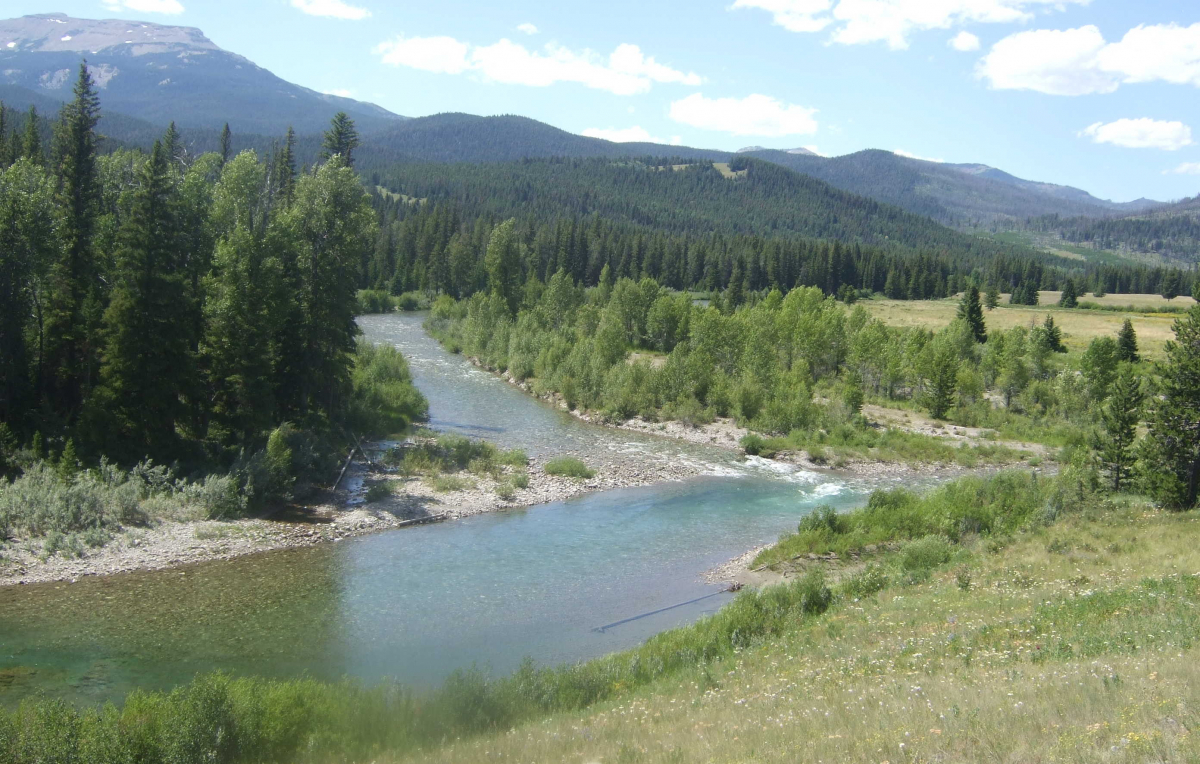 What makes this place special is the remarkable combination of seclusion, abundance of wild trout, and unmatched scenery.  You can fish all day and rarely see anyone else on the river.  Our guides take you to great stretches of water, often by horseback, which are pretty difficult to get to any other way.  We the can move up and down the rivers at our own pace without any competition or running into anyone else that isn't fishing with you.  The trout are wild, and live in these crystal clear waters that are fash and cold.  Many of our fishermen are astounded with the amount of fish they catch on perfect days, and the degree of consistency.  We regularly hear stories of 50-70 fish caught in a day!  The fish vary in size from pan-size, to much larger.  They feed voraciously on terrestrial insects, and are unbelievable fighters once you hook them.  They race up and down the river, often going airborne fighting the line.  It's an amazing experience. 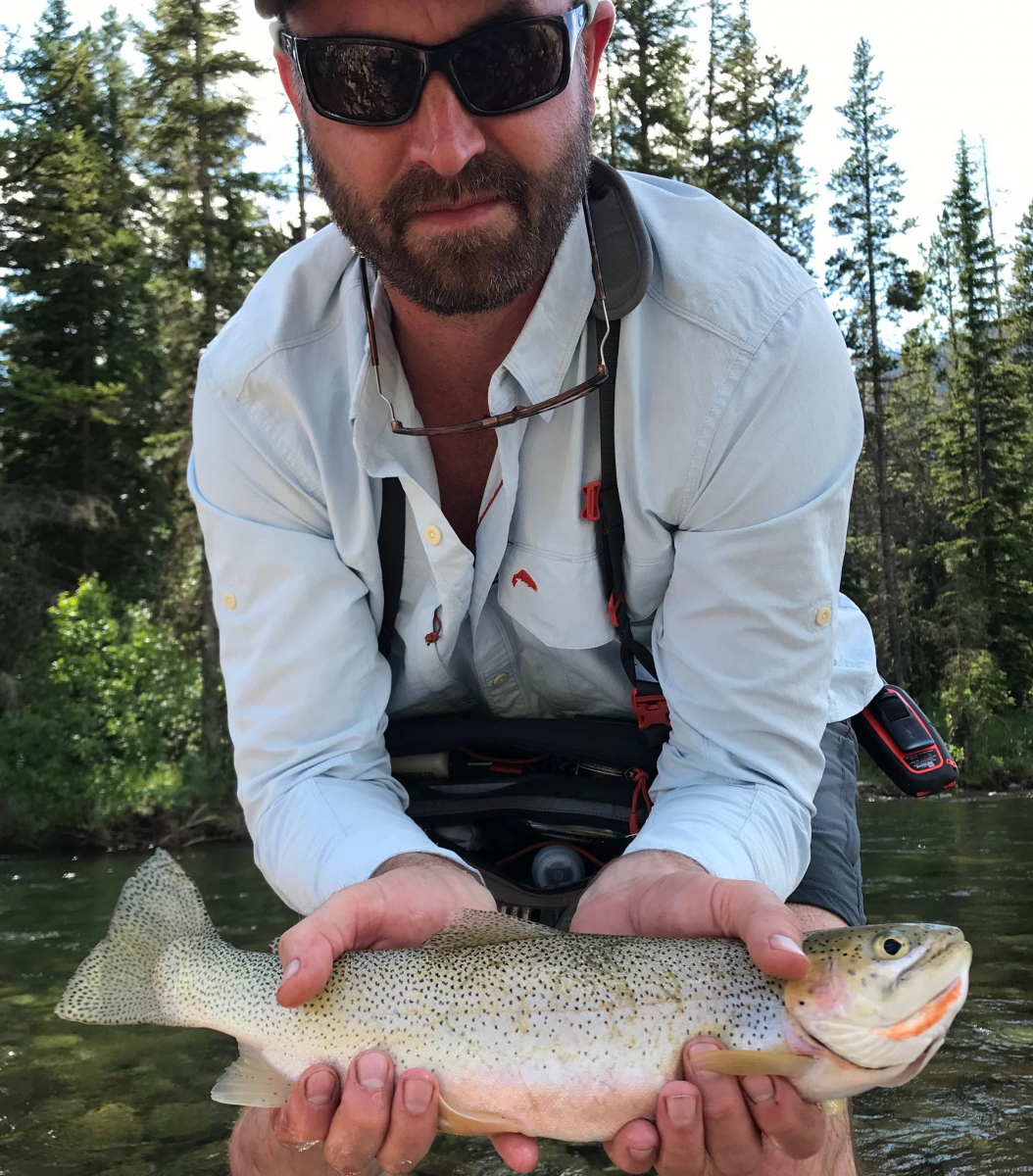 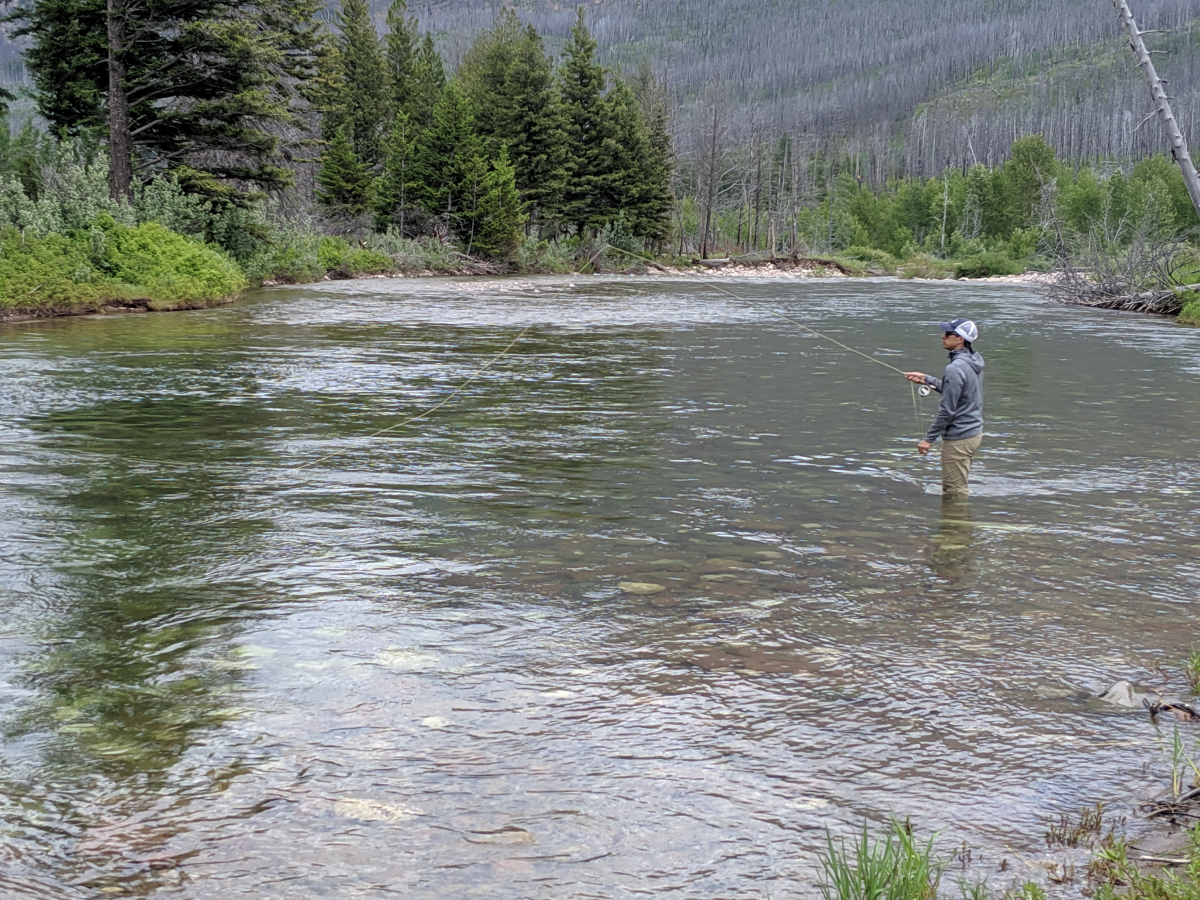 The quality of action on top of the water is unmatched almost anywhere in the world.  We've had fishermen travel the world, including South America, Alaska, Russia, and more.  They consistently tell us the quality of dry fly fishing action in the Bob Marshall gives no quarter to any other place they've ever been.  We recommend the brightest aggitators that float high on the water, and you will see these trout race out of the depths of the crystal clear streams and just hammer those flies again and again.

Often you can catch 20 fish in a single river hotspot hole, with each seeming to take a turn at attacking the dry fly.  These trout just dont' see that many flies during their short summers, so they don't seem to care to much - and that makes these waters extra special.

The high country summer season is pretty short by most standards.  The winter snow runoff lasts until the end of June, and the water quality stabilizes in mid-July.  Often, our snow pack lasts in the high basins well into July even as it rapidly recedes in the summer heat.  Our waters run high and murky until early July, but by mid-July they are running clean and cold.  The best fishing begins as soon as water clears.  The days are warm by then, bu the evenings and early mornings can be chilly.  You don't ever need waders for mountain fly fishing, but you will need to pick your river crossing locations a little more carefully this time of year.  Mid-July to end of August generally coneys the most consistenly good weather for us, and that is a good thing for our fishermen.  Our days gradually warm to the 70-80's as we get through the end of July and into August. 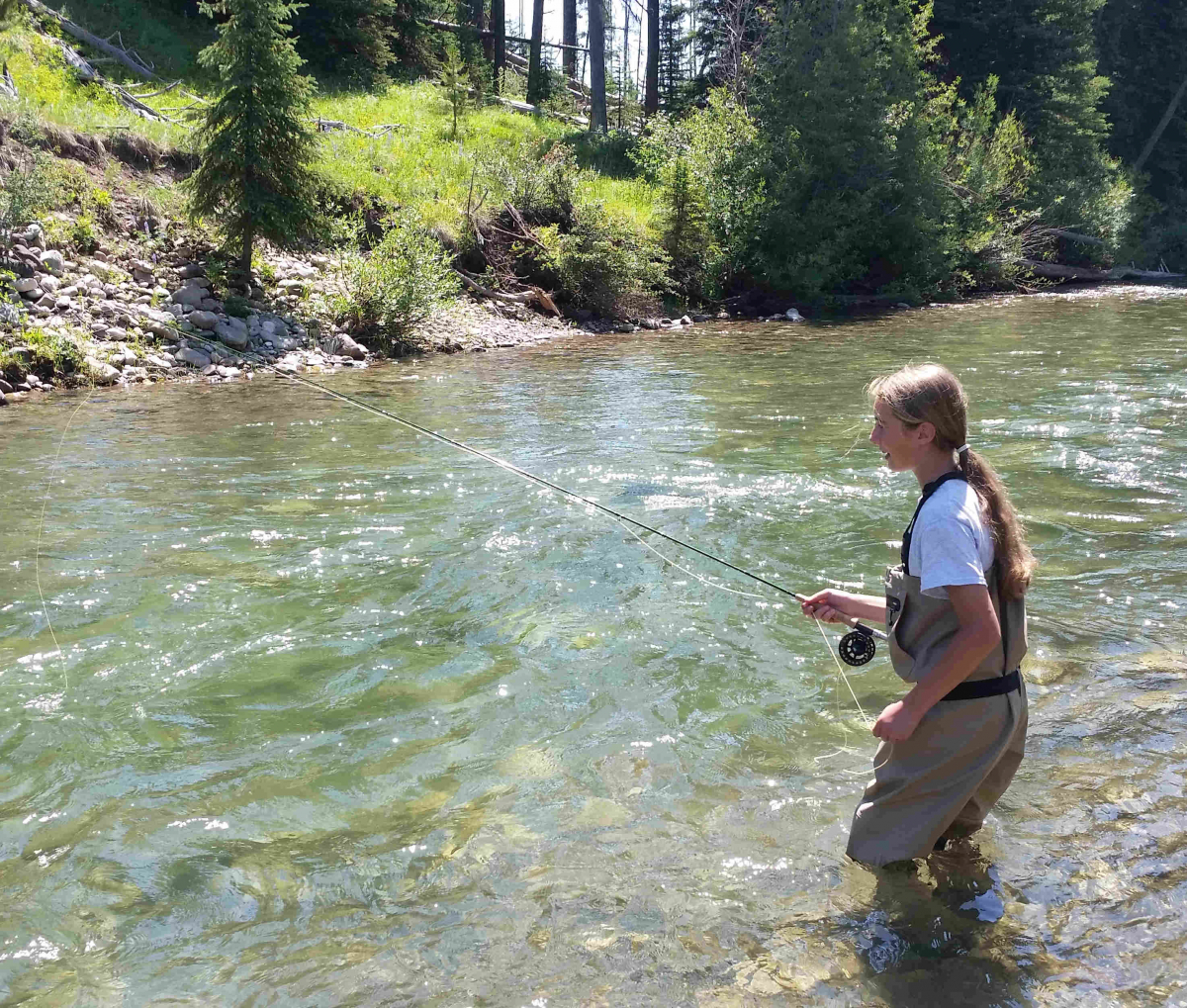 Gorgeous waters of the West Fork 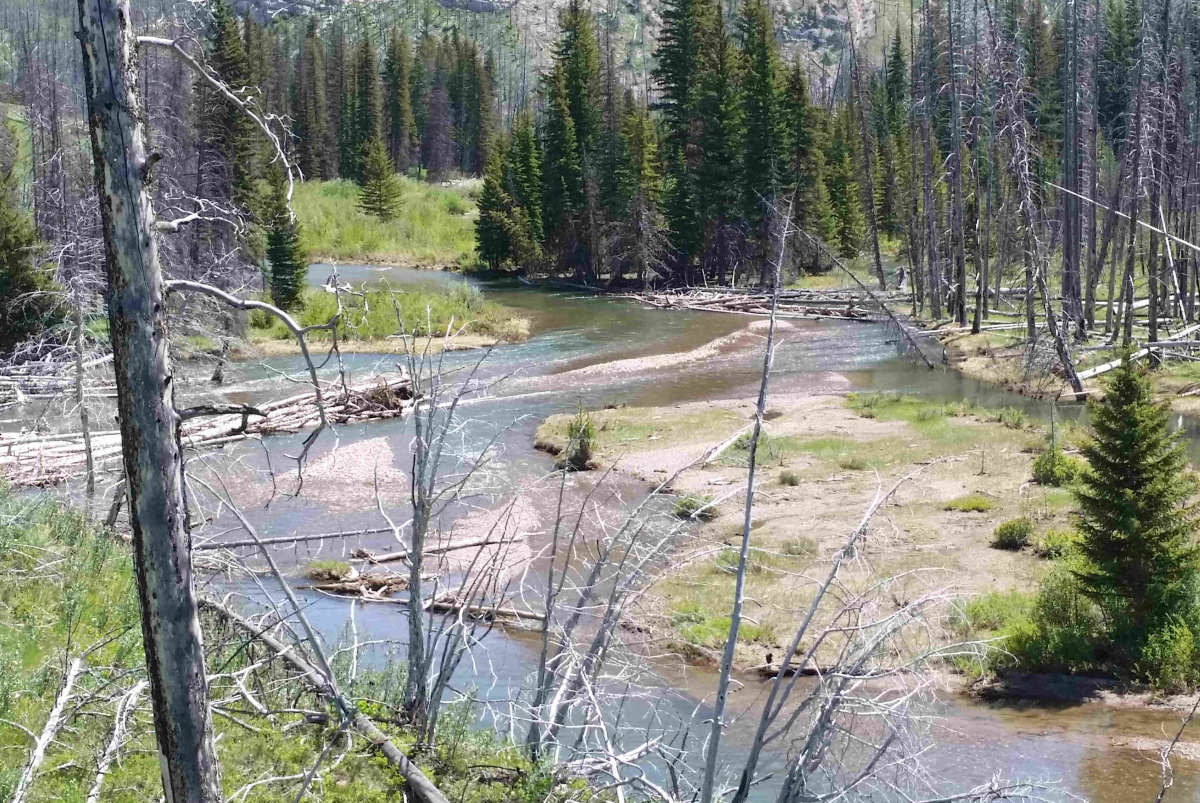 August is the hottest month when we can get daytime temperatures in the 90's and mild evening temperatures.  We do get an occasional thunderstorm in August, but they are fast moving and infrequent.  The terrestrial insect population explodes with activity this time of year and can put the trout into feeding frenzies on sunny afternoons.  From time to time we get requests for fishing trips around Labor Day.  This is a great time to fish, as the nights are starting to cool but the days stay agreeably warm.  This is the lowest water flow time of the year, and we seek out the headwaters where the streams are coldest and most predictable.

The mountain trout don't see many people and thus are pretty open to hitting a lot of different combinations including dry flies, dry flies and wet fly trailers, and spinning lures.  They all work pretty well. 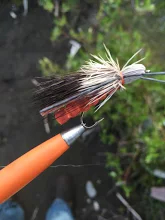 There are so many aspects to fishing the Bob Marshall that make your trip exceptional.  The stunning sceneray, the seclusion, the lack of competition on the water, and the quantity of trout per mile all contribute to the experience.  However, we've heard the frantic dry fly action on top of the water is what separates this fishing experience from any other anywhere.  The mountain trout are very aggressive, and strike strongly at agitators and other flies resembling terrestrials (grasshoppers, horseflies, deerflies, ants, etc).  They feed all day, hit frequently, and hard.  They hammer the dry flies, frequently breaking the surface full body, and there is nothing more exhilirating than this amount of wild action along a river, in hole after hole, all day long.

First of all, thesea are wild trout, not owning anything to anyone.  They are fantastic fighters and will make you earn every one you land.  They do not give up easiily and it's hard to imagine a more worthy fresh water competitor!  Depending on the stretch of water and whether we're east or west of the continental divide you can catch any of these species: 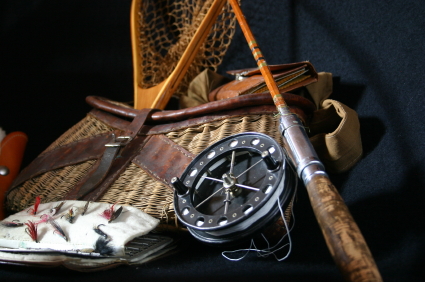 These fish live year long in hard water conditions where the rivers freeze over in the deep of winter.  They withstand the angry surge of spring snow melt, and otherwise spend their time in very cold and unforgiving water. 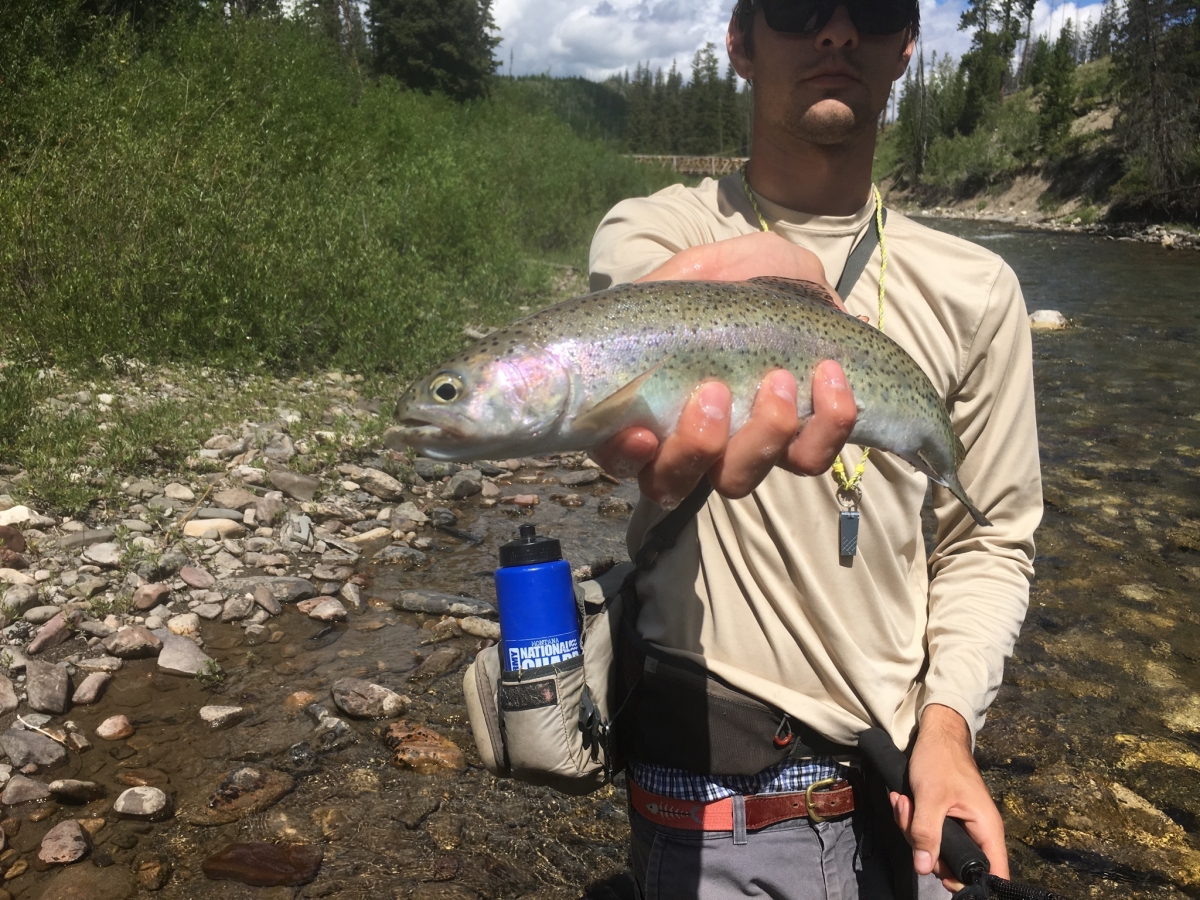 The only one on the river 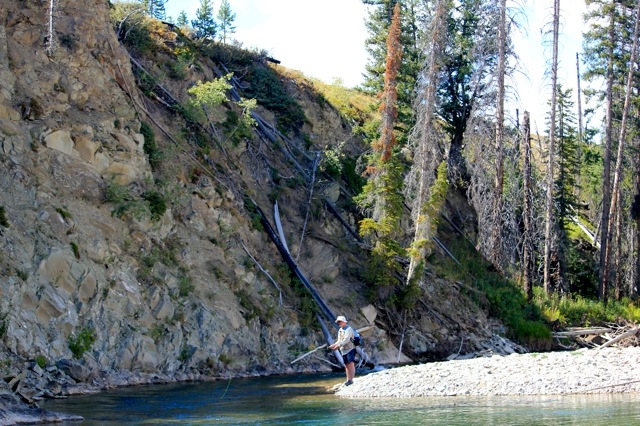 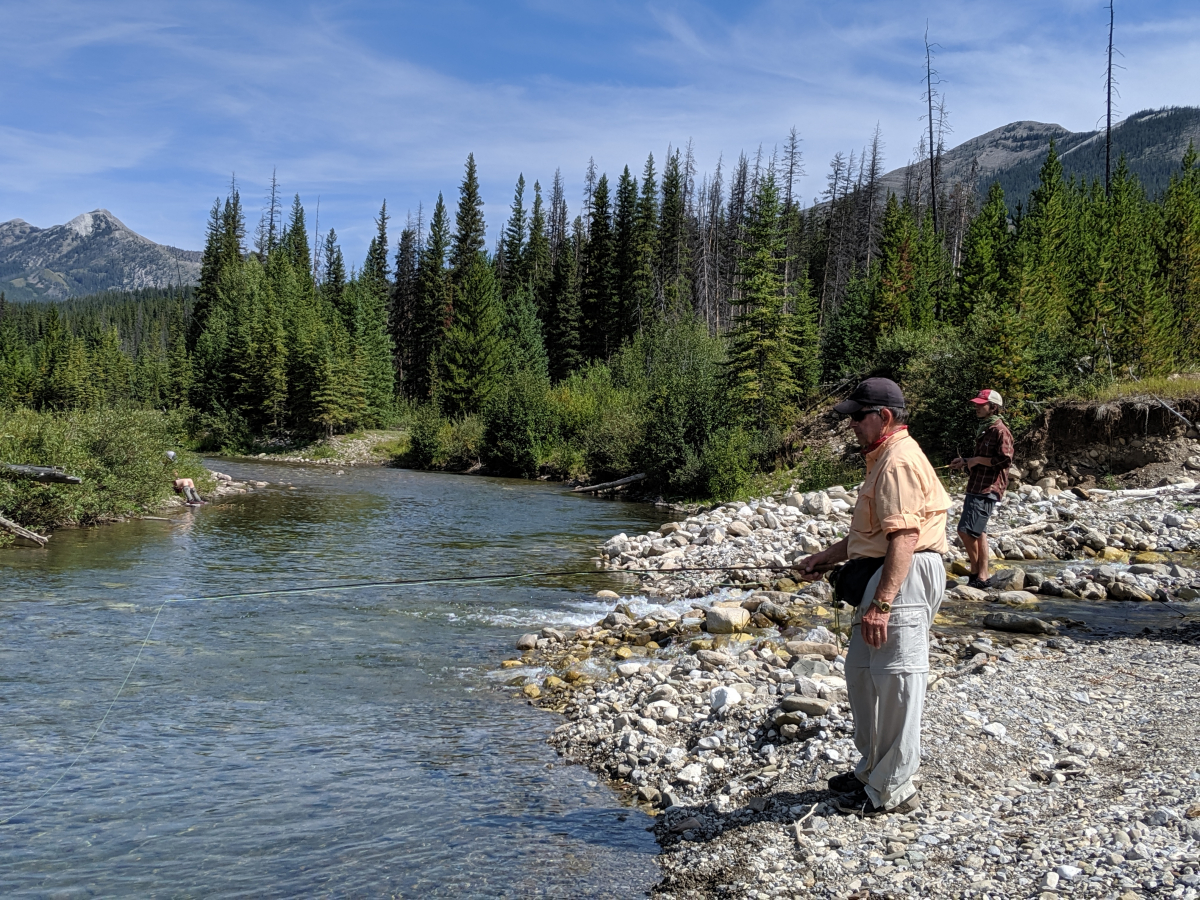 © Copyright 2020  by A Lazy H Outfitters. All Rights Reserved.